My first outstanding art lesson took place in a dream when I was five years old. In that altered state of awareness, I was shown clearly how the human profile should be rendered. Gone were the stick figures and “smiley faces” – replaced by a deep, lifelong insight into form and color and an ability to render soul force in the subject.

During the late 1950's and early 60's I attended Grosse Pointe University School K-12. I majored in art at Michigan State University, and later trained further in silkscreen, watercolors, acrylic and oils at Santa Rosa Junior College in California.

I have been painting with oils since 2001, and have exhibited my work primarily in California at Ananda World Fellowship in Boulder Creek, Santa Cruz Art League in Santa Cruz and Aurora Colors Gallery, Petaluma. I also have painted murals, signs, designed silkscreen motifs and developed a storyboard for Indians Then and Now, a production company represented by Jacob and Gerber agency, 1996-97.

From 1971-2004 I lived and worked with the One World Family communal demonstration, learning about natural foods and serving in a variety of communally run restaurants. I discovered the OWF in Berkeley, where Robert Crumb and other fantastic cartoonists influenced my art style. Allen Michael, the founder of the OWF, helped me to see life beyond the mundane... stretching from our cosmic origins to simply serving as one planetary family. An accomplished artist himself, he opened me up to an enchanting purity and lightness within form and color.

During the 1980's, a branch of the OWF taught natural foods classes to K-5th graders in Marin County, CA. The Children's Channel, a non-profit, was created. As part of our program teaching hands-on natural food prep to kids, we developed teaching aids, posters, stories, recipes and information handouts. From that was later born The Veggi World Coloring Book -- resurrected, edited and developed for general publication 2008-2011. 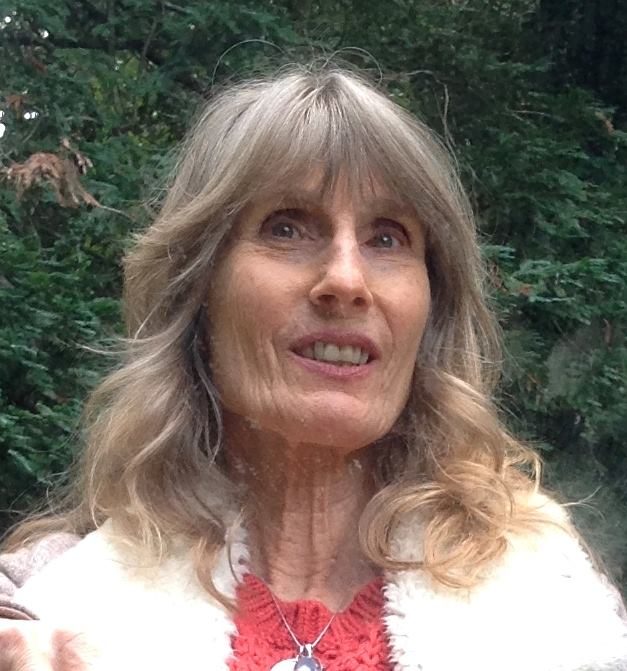